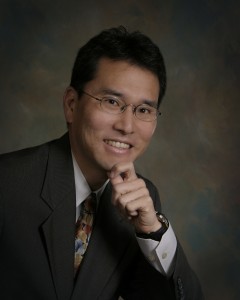 Dr. George Matsuda is a board certified OB/GYN in private practice since 1992.

He attended Loma Linda University School of Medicine and completed his postgraduate training in OB/GYN at the White Memorial Medical Center in Los Angeles. During his training he received extensive experience in vaginal surgery.

He is a clinical professor at the University of Southern California School of Medicine. He has been Chairman of the Department of OB/GYN at Huntington Hospital in Pasadena where he is currently an active member.

His dedication and quality care he provides has earned him recognition as one of the “Top Docs” in Southern California as well as one of the Best Doctors in America. Recently, he was selected as a Top Obstetrician/Gynecologist by the International Association of Obstetricians and Gynecologists making him one of the leading physicians of the world. He has been featured on ABC News Nightline promoting health during pregnancy.

Dr. Matsuda has an established practice caring for women. Having helped thousands of patients with their pregnancies and delivery, he is now focused on gynecology.

His expertise in restoring the pelvic anatomy includes cosmetic gynecological procedures. He is also one of the few gynecological surgeons performing single site laparoscopic hysterectomy through the umbilicus.

As an experienced gynecological surgeon, he has performed complex gynecological procedures to restore and improve the quality of his patients.

We hold monthly and semi-monthly ThermiVa and Cosmetic Surgery Patient Education Events. The regular cost for ThermiVa is $1299 per treatment. Call us for special event pricing.